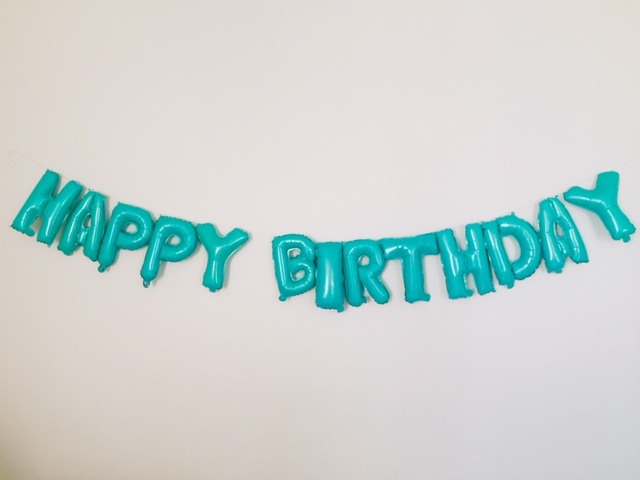 About FMC, About FMC Paula 0 Comments

Engaging music performances at kids birthday parties are Funky Monkey Club’s specialty which people don’t know about as much as the ongoing kids music programs in Kulosaari and Espoo. Now’s the time to lift the curtain! In the beginning of June Funky Monkey Club’s Paula had a pleasure to sing and entertain at a toddler’s birthday party. Loads of happy children were taking part in the festivities who along with their parents got a chance to jam along Paula’s upbeat pop&rock music.

The parents of the two-year-old birthday girl are a British/French couple who wanted to organize a memorable event for their daughter. The mother Sophie contacted Funky Monkey Club and asked about the possibility in having Paula come and perform for the guests. Paula said yes of course and so the Club’s dancable, interactive songs and the classic kids songs like “Row Row Row Your Boat” and “Wheels On The Bus” were being sung and celebrated. Naturally “Happy Birthday” song was the highlight of the day.

Due to her work Sophie was unable to reveal her full name in this blog but she was happy to shed some light to the readers on what she thought of Funky Monkey Club’s birthday show.

How did you hear about Funky Monkey Club?

I met Paula one Sunday morning when she came to do a showcase at a FinnBrit nursery rhymes session which I was attending with my toddler.  Paula is an engaging, energetic and natural performer who knows how to truly harness the attention of little ones, you can see she is genuinely passionate about her work.

What made you think about music as entertainment at the children’s birthday party?

My daughter adores music and dancing and we felt that Paula would be the perfect fit to host her 2nd Birthday party.  Paula is a pleasure to deal with – professional, organised, reliable, personable, efficient and pro-active.

How did Paula succeed in delivering “the birthday party show”?

I liked that Paula was in contact with me prior to the event to specifically ask about a couple of my daughter’s favourite songs so she could weave these into the planned agenda.  We also worked closely together to try and structure the party and personalise it so that all the children attending (who ranged from 1.5 – 6 years of age) would be able to really enjoy it, have their attention held and be truly entertained – that was certainly the case.

Even a couple of my daughter’s friends who were quite shy and overwhelmed at first had completely integrated into the dancing group by the end and had a blast.  Paula helped the group bond, some of whom didn’t know each other; she intentionally makes her activities inclusive (for example singing all the children’s names) and is attuned at adapting ad hoc to kid’s requirements when some flexibility is key.

We look forward to working with Paula again in the future and hopefully attending some of her classes.

Thank you for this interview Sophie 🙂

Would you be interested in organizing a kids birthday party with a unique music show that is entertaining for kids and adults alike?