ABOUT THE MUSIC CLASSES

Funky Monkey Club kids music program has drawn inspiration from New York City. It is a dynamic musical experience that is entertaining for both children and their parents. The adults are with kids in the classroom in every age group – we believe the adults’ enjoyment affects the child in a positive way. The age groups are referential, and the content of the class remains similar from group to group. The babies class is the most peaceful and modified to fit babies’ needs.

The morning and the afternoon classes are led by Paula Anttila, and the sessions are 30 or 45 minutes long depending on the day and the age group. The children get to move and dance freely to the music, they get to listen and play. This concept introduces kids to the rhythmic pop/rock music that is composed solely to this class; there are also familiar cover songs as well as a wide selection of various music genres that are fun even for the adults.

But we haven’t forgotten about kid song classics either. The music class advances the language development, hearing memory and the learning abilities. It encourages children to participate in the class activities based on their own comfort level and invites them to perform and interact with their parents and other kids in the classroom.

Check out our Fall 2022 Schedule here!

We also have an affordable online music program. Check it out here!

In the Babies Class the songs support the activities that consist of clapping and feeling the rhythms, moving and dancing through body awareness, and getting to know various music genres. The babies get to play shakers with the band and learn about their body parts, animals, animal sounds and interaction with their caregivers. Along with Funky Monkey Club songs the familiar children songs are being introduced. The dynamic music program is entertaining for the whole family and it gives a solid foundation for the child to appreciate and adopt music as part of his/her life experience.

In the Toddlers Class the songs support the activities that consist of clapping and feeling the rhythms, moving and dancing with music, and getting to know various music genres. The children get to play simple instruments with the band and through music they learn about animals, animal sounds, colors and numbers. Along with Funky Monkey Club songs the familiar children songs are being sung, and in every class the kids can try out the real instruments and sing to the microphone in a live karaoke session. The dynamic music program is entertaining for the whole family, it encourages the child to participate in the activities and it gives a solid foundation for him/her to appreciate and adopt music in the long term.

The Funky Monkey Club concept is designed in a way that it works effortlessly in groups with mixed ages (1-5y/o). These are great classes for siblings. The content is similar to the Toddlers Classes but with a more upbeat flavor. In addition the children learn about colors and numbers. The program’s framework supports every child’s own developmental stage.

We are glad to answer any questions
Contact us 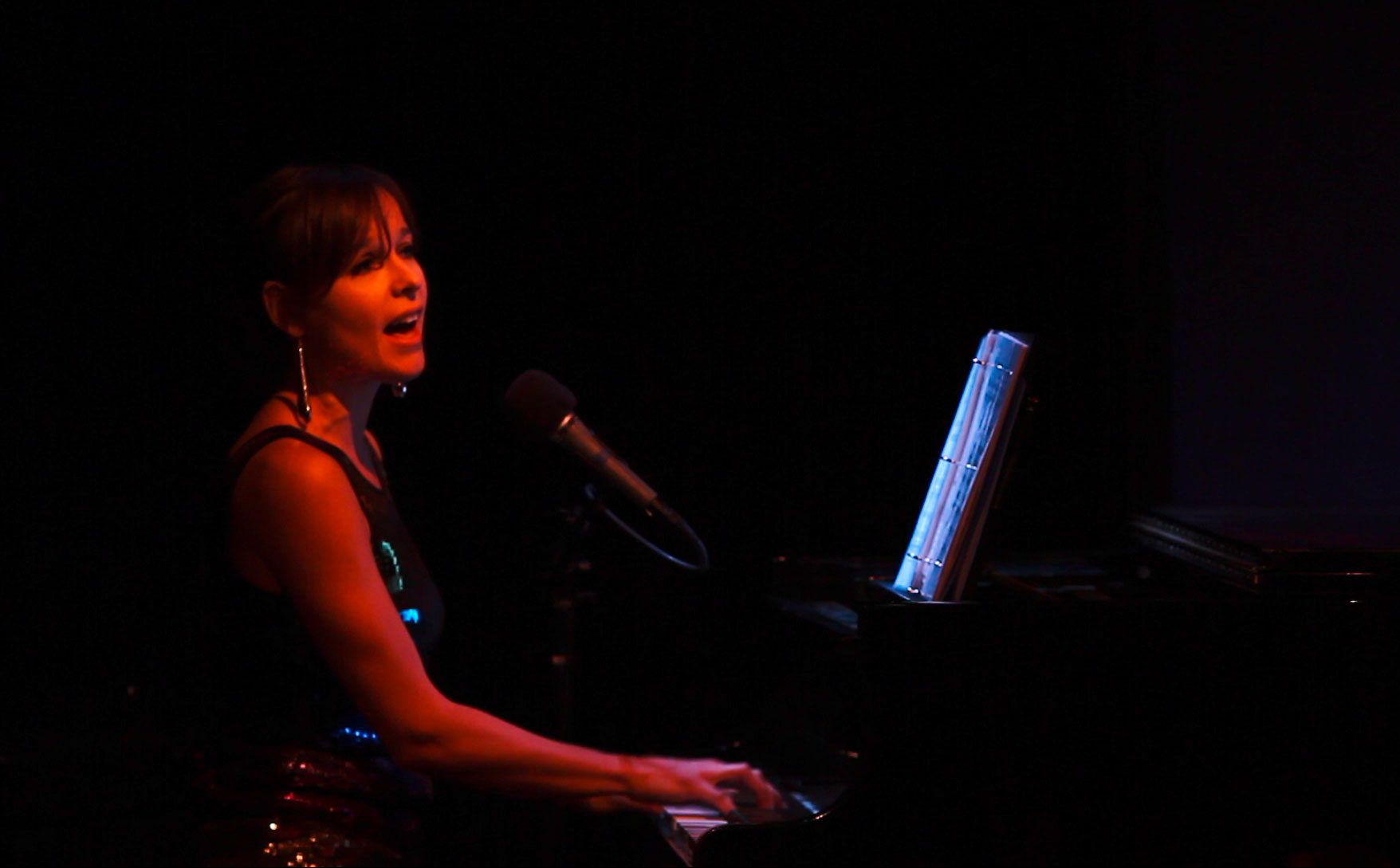 To start a music play school in Finland was an idea that had to brew for quite some time. In 2014 the music producer and musician Ape Anttila arrived to New York to record Paula Jaakkola’s (now Anttila) vocal tracks to the new “Holy” album. Around that time Paula was working four different jobs to keep up with New York’s challenging life style. At home Paula worked remotely on her laptop, some days she taught and played at the kids music classes and kids events. Some nights she served cocktails at a bar/restaurant in the West Village, and other nights she would perform her songs at various music clubs in Brooklyn and Manhattan.

During Ape’s visit in NYC Paula invited him to come and observe the local kids music program where she taught. Paula thought it would be entertaining for a Finnish musician as the class was like a fun, interactive concert. Ape was impressed by the class and was the first person to suggest that this kind of concept should be brought to Finland. This went to Paula’s deaf ears as she didn’t have any intention to move back to Finland or moreover, to start a music program there. The sole purpose and focus of her life then was her upcoming debut album.

Fast forward to January, 2017. Paula is half-way on her maternity leave and she is thinking of how to get back to work, this time in Finland. She hadn’t worked in Finland for 20 years and didn’t quite know where to start looking. The whole idea caused her anxiety.

One cold, dark evening Paula’s three friends (they were mothers too) came by to greet the new baby in the world. At some point these ladies were talking about how early childhood music education would need some fresh ideas and that the New York styled concept in Helsinki might be just it. This thought started brewing and eventually boiling and Ape kept on reminding that this was a fabulous idea.

Still on her mother’s leave, in the spring of 2017, Paula began to work on the music program idea. The goal was to take advantage of the experience from New York and ingrate it to the Finnish framework. She started building the curriculum, found out more about the Finnish early childhood music education, talked with experts on the field, and started writing new children’s music with Ape.

The idea of test groups was born around that time as well. Before the actual, official business launch there would be a test period where the new service would be tried out together with potential customers. Test groups started in Jätkäsaari, Helsinki and Lohja in September of the same year. During ten weeks the music class was being polished to a functional, lucrative product. Almost 30 children with their parents got their first touch on a thrilling New York styled music experience that seemed to work well in the Finnish context.

“Funky Monkey Club” became an official name for the new business in December 2017, and the first music classes in Finnish under this name started in January 2018.